The Robertsbridge Aviation Society is a non-profit making organisation, run entirely by volunteers with the sole aim of catering for the interests of the aviation enthusiast, preserving local aviation history and aviation history in general.

The Society’s founder members were members of the Royal Observer Corps (ROC) which played a vital role during the Battle of Britain monitoring aircraft movements across the South of England. These founder members wanted to join with non ROC members in order to enhance their aircraft recognition skills. The Society was originally called the Robertsbridge Aircraft Recognition Society and would hold meetings in member’s homes.

As Society member numbers increased meetings were held at Robertsbridge Scout hut, and eventually in 1973 the Society found a more permanent home at Bush Barn. It was at this time that the Society changed its name to the Robertsbridge Aviation Society to reflect the wider scope of activities and interests that the members embraced.

In the early 1970’s members became interested in the then new hobby of aviation archaeology and recovered a Spitfire which crashed near Bodiam, shortly followed by a Hurricane which crashed near Newenden. The artefacts were cleaned and formed the nucleus of a museum. As interest in preserving aviation archaeology grew, so did the interest in collecting aircraft parts and related material. Today the museum is housed in six nissen huts at Bush Barn.

The collection was founded in 1973 and includes many exhibits covering civil and military aviation, both past and present with the Second World War featuring prominently.

Many other exhibits including propellers, gun turrets, instruments and models are also displayed.

Society membership is open to anyone with an interest in aviation, civil or military, past or present. We can cater for a wide range of activities from conservation and preservation work, visits to other organisations, photography, air band radio, historical research, model making and aircraft recognition.

General meetings are held on alternate Monday evenings throughout the year from 8:00pm until 10:00pm. Meetings generally consist of a fun aircraft recognition test followed by a film or slides and conversation about our hobby. The occasional speaker is also arranged.

We are non-profit making organisation, which means we rely on membership fees, public donations and fund raising activities for finance. Throughout the year we hold a series of fund raising events such as coffee mornings, a book sale, jumble sales and raffles.

An annual Open Day is held the last Sunday in July for the public to sample Society activities. The museum collection is open and there are exhibitions of art, model aircraft, photography and a working air band radio station.

HOW TO FIND US 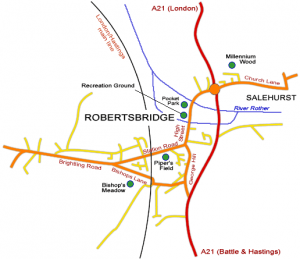 Bush Barn is located by the A21, just north of the historic village of Robertsbridge. The entrance is between two sharp corners on a steep section of Silver Hill. The museum is signposted during open days and events.

The museum is now closed for the year as we embark on winter maintenance. The Society and museum reopened in March following closure due to the COVID pandemic. We have experienced a few problems with diary dates and admin and we apologise for any inconvenience caused. We have been made aware of a second website …

END_OF_DOCUMENT_TOKEN_TO_BE_REPLACED

We are pleased to announce the Society is now fully open again and welcoming our members and the public back to Bush Barn. Much work has been carried out over the past 2 years of lock down as COVID restrictions allowed, displays have been updated and new ones created using many items that we have …

END_OF_DOCUMENT_TOKEN_TO_BE_REPLACED

CORONA VIRUS COVID 19 UPDATE Due to the ongoing pandemic we have taken the decision not to open the museum this year. We have considered all options regarding social distancing for our visitors but due to the nature of the Nissen huts and the restricted space within we would not be able to safely meet …

END_OF_DOCUMENT_TOKEN_TO_BE_REPLACED 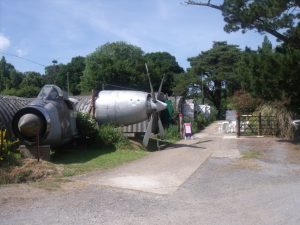 The museum with Lightning F3 XP701 and Bristol Proteous engine 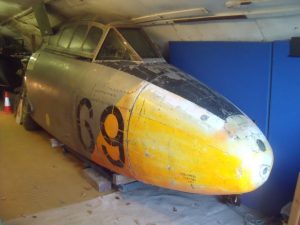 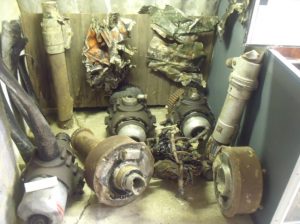